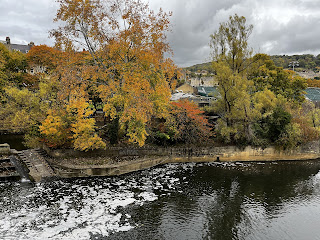 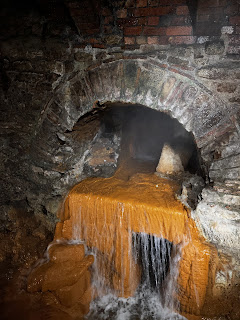 Bath proved to be surprisingly (becos I didn’t remember it that way) beautiful. The river Avon runs right down the center and it is surrounded by green hills. The Bath Cathedral had a long series of intricate and large stained glass windows. I found a small but powerful chapel towards the front. Just one big candle on the altar at the front and I had it to myself. Such powerful divine love, very feminine in nature. I didn’t know how I would ever get up to leave! But then off to the Roman Baths. I discovered that the springs that filled the baths were well known to the early tribal peoples as a source of healing. The structure built by the Romans attracted thousands of visitors, many of whom had great faith in the healing waters. The healing was attributed to the goddess of the waters.
Posted by cynthiawrites at 11:56 AM